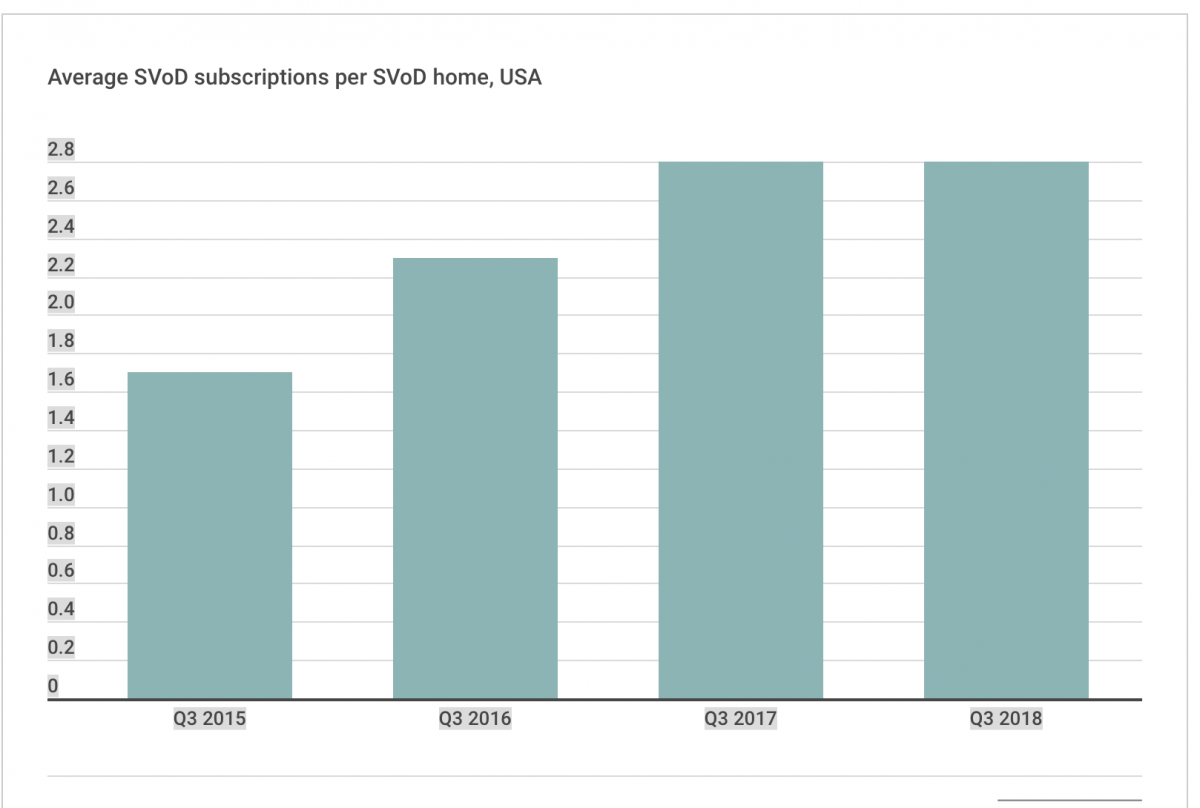 Disney+ and other studio-led direct to consumer streaming services could have a tough time displacing Netflix or Amazon from a US consumer’s SVoD portfolio, writes Toby Holleran of Ampere Analysis.

SVOD stacking—consumers taking multiple SVoD services—is showing signs of reaching saturation point in the US, with the average SVoD household subscribing to around 2.8 services, a figure that has remained unchanged year-on-year. This suggests that many more established US SVoD households have already curated their suite of SVoD services, and might not be willing to add a new subscription, and associated cost, to the mix.

Netflix has the highest Net Promoter Score (NPS) of any US subscription TV service, and 90% of Hulu subscribers add Netflix to their in-home stack as to more than 80% of Amazon Prime subscribers. Thanks to its broad Prime ecosystem, annual membership fees, and the second highest NPS score among SVoD services, Amazon is equally unlikely to lose its place in the stack.

Hulu is the wild card in both the overall mix, and the prospects for Disney making a strong start in its direct-to-consumer ambitions. Although Hulu also scores highly as a brand among consumers, it is not quite as embedded in SVoD households as Netflix and Amazon. Once the dust settles from the Fox acquisition, expected to close in June, Disney will own 60% of the service and could choose to focus on its highly lucrative ad-funded tier.

Assuming Hulu is able to continue its service as is, the most likely placement of Disney+ would be to displace a lower-penetrated streaming service, potentially pitting Disney+ against Warner’s HBO, which hit TV series Game of Thrones will wrap its final season in 2019.

Wi-Fi 6 and Wi-Fi 6E client devices are entering the home in an unprecedented way, surpassing 50% market share since their introduction in 2019 (compared to four years for Wi-Fi 5). … END_OF_DOCUMENT_TOKEN_TO_BE_REPLACED