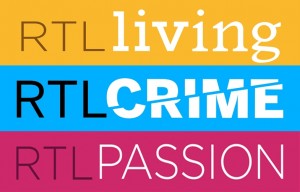 No agreement was reached regarding further distribution, parent company Mediengruppe RTL Deutschland said in a statement.

“We very much regret that our channels RTL Crime, RTL Passion and RTL Living, which are among the most popular and most watched pay-TV channels in Germany and Austria, can no longer be received via Sky from July 17, 2018,” said Dr Klaus Holtmann, head of digital thematic channels at Mediengruppe RTL Deutschland. “Unfortunately, despite intense efforts, we were unable to reach a commercial agreement for the renewal of the cooperation.”

The axing of the RTL channels follows Sky Deutschland’s removal of the pay-TV channels operated by ProSiebenSat.1 in July 2016, further reducing its number of third-party channels. Other third-party channels dropped by Sky include Goldstar TV, Sport1 US HD, AXN, MGM Channel and – most recently – Sky Sport1+ HD.

Through the move, RTL Crime, RTL Passion and RTL Living will no longer be available to DTH satellite viewers on Astra (19.2° East), resembling around half of Germany’s TV households.

The channels continue to be carried by cable and IPTV platform operators including Vodafone, Unitymedia and Entertain TV. In Austria they are available via UPC Austria and in Switzerland via UPC and Teleclub.

Wi-Fi 6 and Wi-Fi 6E client devices are entering the home in an unprecedented way, surpassing 50% market share since their introduction in 2019 (compared to four years for Wi-Fi 5). … END_OF_DOCUMENT_TOKEN_TO_BE_REPLACED