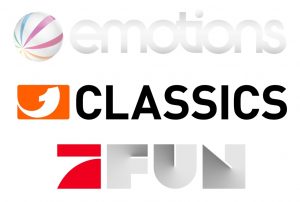 Pay-TV channels Sat.1 emotions, kabel eins classics and ProSieben Fun will only be available through Sky in Germany and Austria until June 30, 2016, a ProSiebenSat.1 spokeswoman confirmed to Broadband TV News. “The background is that ProSiebenSat.1 and Sky have decided to discontinue distribution of the channels at the expiration of the contractual period due to different strategic approaches.” No further details were given.

Sat.1 emotions, kabel eins classics and ProSieben Fun have not been accessible by all Sky subscribers, but only by Sky’s DTH satellite customers on Astra (19.2 degrees East).

The pay-TV broadcaster wants to focus more strongly on exclusive content and services, according to industry sources. For example, home-grown Sky Arts will launch as a linear TV channel in Germany and Austria soon. The mobile smartphone/tablet offer will be expanded through a Sky Sport app and a Sky Kids app this year.

With Animax which will be turned into a video-on-demand (VOD) service, Sky Deutschland’s customers will lose a total of four channels on July 1, 2016.

The pay-TV channels operated by ProSiebenSat.1 will remain available on all other distribution platforms. In Germany, carriage deals are in place with Vodafone (formerly Kabel Deutschland), Unitymedia, Entertain (Deutsche Telekom), NetCologne, Zattoo and Magine TV. In Austria, ProSiebenSat.1 has pay-TV partnerships with A1 Telekom Austria, UPC Austria and M7 Groupe and in Switzerland with UPC Cablecom and Teleclub.

Wi-Fi 6 and Wi-Fi 6E client devices are entering the home in an unprecedented way, surpassing 50% market share since their introduction in 2019 (compared to four years for Wi-Fi 5). … END_OF_DOCUMENT_TOKEN_TO_BE_REPLACED