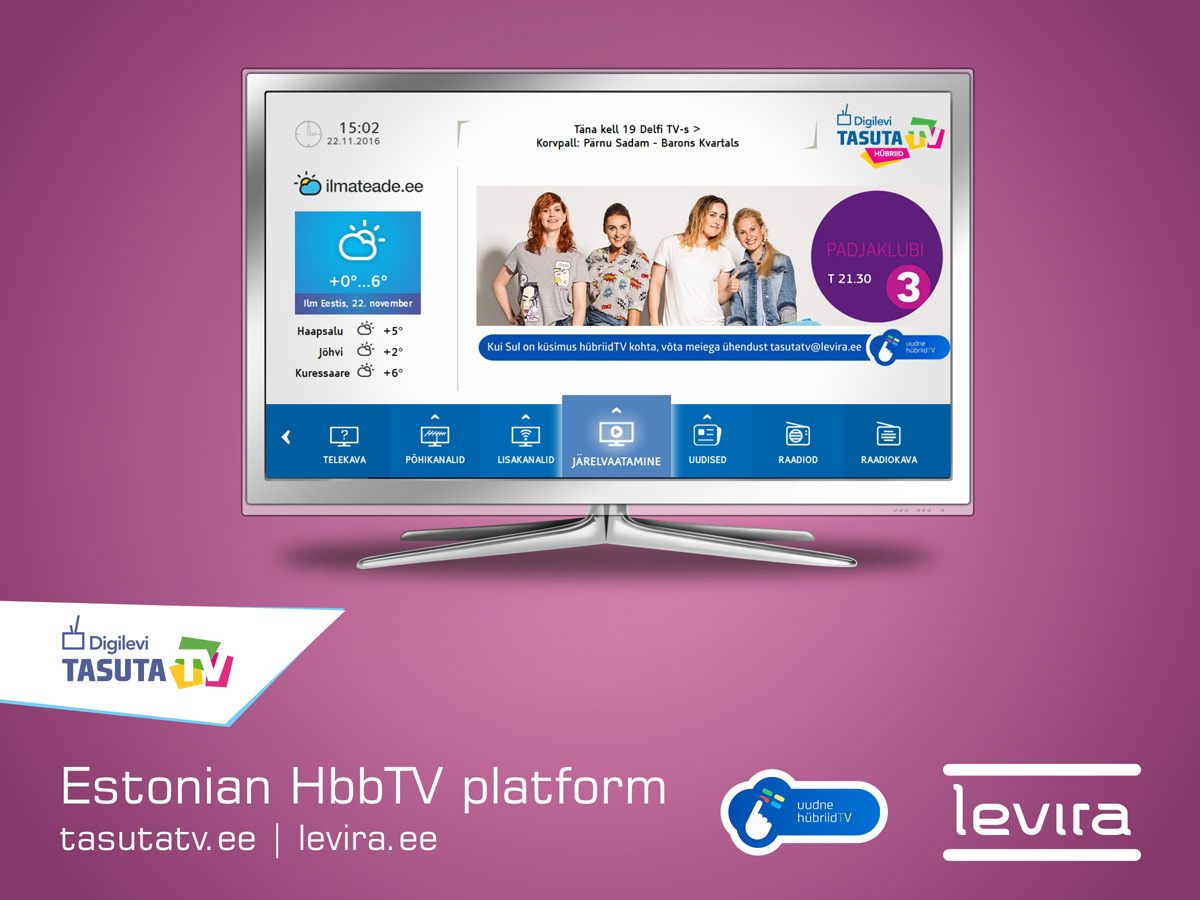 The number of HbbTV connected devices in Estonia has increased by at least 40% this year.

Meanwhile, the catch-up service is actively used by over 20% of connected devices and IP broadcasts of various sports and other events are being increasingly watched.

According to information provided to Broadband TV News by Levira, it launched hybridTV in March 2015, in cooperation with all major Estonian FTA channels, as a value-added service for FTA viewers. Although the platform is currently based on HbbTV 1.0 technology, as end user devices being upgraded to HbbTV 1.5 it will soon also move to the latter. Indeed, over 80% of all HbbTV connected devices in Estonia are already using HbbTV1.5 and do not require a set-top box.

Estonian hybrid differs from most others in two respects. Firstly Levira, as a FTA broadcaster, runs the hybridTV service for FTA channels and makes them visible in HbbTV on a daily basis. Secondly, Levira has implemented several shortcuts so that user can conveniently see different services to the right or left side of the screen while not interrupting the linear programme (online news, EPG, last 10 catch-up).

Wi-Fi 6 and Wi-Fi 6E client devices are entering the home in an unprecedented way, surpassing 50% market share since their introduction in 2019 (compared to four years for Wi-Fi 5). … END_OF_DOCUMENT_TOKEN_TO_BE_REPLACED