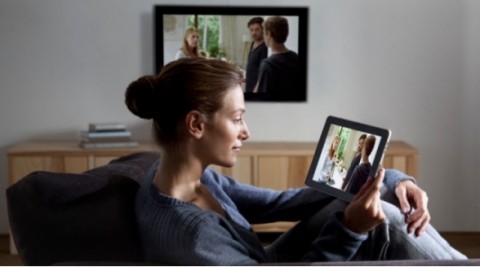 More than one-in-five (21%) pay-TV subscribers use the TV Everywhere services provided by their operator at least once per month, according to the latest NPD Group TV Everywhere Report.

Although the pay-TV industry has increasing concerns that “Over-The-Top” (OTT) subscription video-on-demand services (SVOD) will lead to cord cutting or cord trimming, NPD’s report finds that consumers who subscribe to SVOD are actually among the most active TV Everywhere users.

Three out of four SVOD homes also have a Pay TV subscription, and 25 percent use their provider’s TV Everywhere service at least once per month.

“Though some SVOD subscribers may be cutting the cord, the evidence is that the overwhelming majority are not only keeping the cord, they are lengthening it through aggressive use of TV Everywhere,” said Russ Crupnick, SVP, industry analyst.

Not surprising given their investment in TV Everywhere, 9 out of 10 SVOD subscribers reported being satisfied with their TV Everywhere experience. Today those dual users say they most appreciate the ability to watch anywhere in the home, and 46 percent want the ability to actually download the shows in order to watch them outside their home.

“TV Everywhere is about mobility and control,” said Crupnick. “Customers, especially subscription streamers, are becoming accustomed to over-the-top options where the location and device are no longer barriers, and they crave a similar experience with TV Everywhere. The way to keep SVOD subscribers using TV Everywhere platforms is to make the experience even more portable.”

Wi-Fi 6 and Wi-Fi 6E client devices are entering the home in an unprecedented way, surpassing 50% market share since their introduction in 2019 (compared to four years for Wi-Fi 5). … END_OF_DOCUMENT_TOKEN_TO_BE_REPLACED