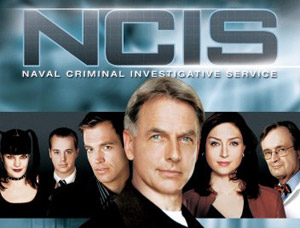 Michael Cluff, co-author and Director at Madigan Cluff, said: “CBS distributed the top three titles in 2011, with NCIS leading the pack by generating $210 million. The three CSI franchises appear in the top 10. Only one of the top 10 titles (Sturm der Liebe) originated from outside the US.”

Jonathan Bailey, co-author and Managing Director of Essential Television Statistics, explained: “Only 22% of the hours screened for the top 200 titles appeared in primetime [20,507 hours from 94,638 in total]. However, 69% [$3,337 million] of the value created for these titles was in primetime.”

The top six US distributors dominate the top 200, creating nearly three-quarters of the value and 56% of the titles. CBS is the clear leader, with second-placed Warner Bros some way behind.
Michael Cluff added: “However, these six companies are probably not as dominant as many people would have guessed. Indeed, seventh-placed ZDF [$183 million, 12 titles] was pretty close to Sony in 2011. ITV was next with $116 million [9 titles]. Ninth place (and the only other distributor to record more than $100 million from Europe’s top 200 titles) went to Bavaria Media [$113 million], but this was solely for Sturm der Liebe.”

Madigan Cluff has established programme value by taking the combined annual net net advertising, license and public subsidy revenues for each channel profiled. These annual revenue figures were then split for each channel by hour and by month following the advertising rate card and other investment patterns established for the channel or similar channels in the same market. Channels that carry no advertising or that have advertising break patterns which do not extend across all transmission hours had their value allocated by using the most comparable channel available.

More information on the report can be found on the Broadband TV News web shop.

Wi-Fi 6 and Wi-Fi 6E client devices are entering the home in an unprecedented way, surpassing 50% market share since their introduction in 2019 (compared to four years for Wi-Fi 5). … END_OF_DOCUMENT_TOKEN_TO_BE_REPLACED