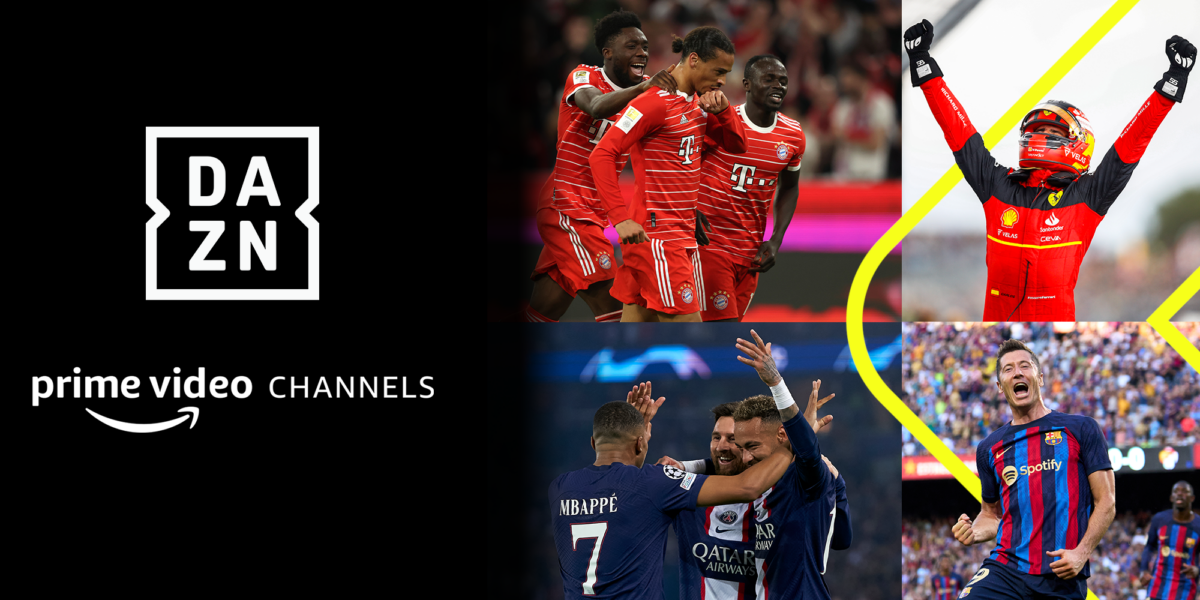 Amazon and DAZN have agreed a global distribution partnership that will see DAZN’s D2C sports streaming service available as a new Prime Video Channel for an additional monthly fee.

DAZN has launched today (January 19) in Spain and Germany through Prime Video Channels. Rollout will continue through 2023, with Japan next and more markets to follow shortly after. More information will follow later this year.

Commenting on the development, Jay Marine, global head of sports, Prime Video, said: “This new partnership with DAZN is an exciting step forward for Prime Video’s global sports offering, and gives our customers more choice of the best live and on-demand sports, all in one place”.

Shay Segev, CEO of DAZN, added: “This is great news for sports fans around the world with even more ways to access DAZN’s broad selection of premium sports content. We are excited to create a long-term global partnership with Prime Video as we continue to innovate in digital sports experiences for customers”.

DAZN is available in Italy, Spain, Germany, Belgium, Portugal, Japan, Canada, US and the UK. Its exclusive content includes top-flight football from the world’s most popular competitions – Bundesliga, English Premier League, J.League, LaLiga, Serie A, and the UEFA Champion’s League, in addition to the biggest sports from around the world – Formula 1, NBA, MotoGP and the UFC.

DAZN is also the global home for boxing and combat sports through its partnerships with Matchroom Boxing, the Professional Fighters League, and a global home for Women’s Football with the UEFA Women’s European Champions League and Liga F.

DAZN will join the extensive list of partners on Prime Video Channels which includes brands like HBO Max, Discovery+, Paramount+ Lionsgate+ and Showtime. Customers can pay only for the channels they want and cancel anytime.

Wi-Fi 6 and Wi-Fi 6E client devices are entering the home in an unprecedented way, surpassing 50% market share since their introduction in 2019 (compared to four years for Wi-Fi 5). … END_OF_DOCUMENT_TOKEN_TO_BE_REPLACED