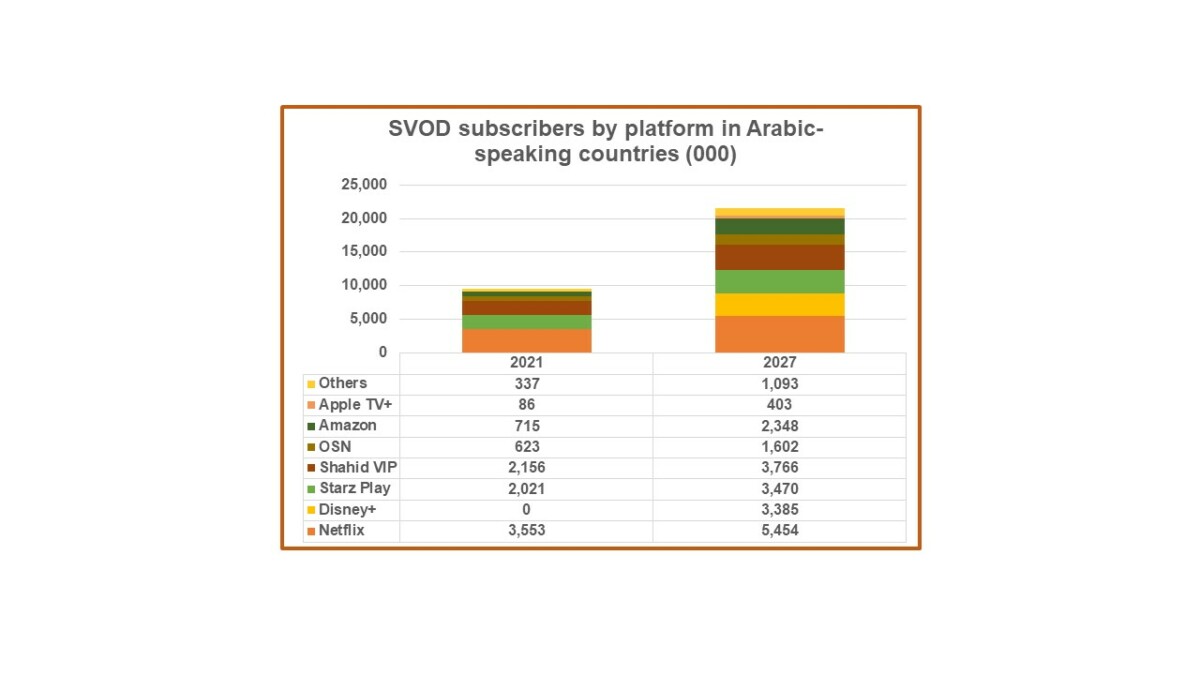 The number of paying SVOD subscriptions, for TV episodes and movies only, across 13 Arabic countries will reach 21.52 million by 2027.

This, according to the Middle East and North Africa SVOD forecasts report from Digital TV Research, will be up from last year’s total of 9.49 million.

Commenting on the findings of the report, Simon Murray, principal analyst at Digital TV Research, said: “Netflix will continue to lead the market, although Disney+ has provided a strong challenge since June. We assume that Netflix and Disney+ will add hybrid ad-supported tiers in a pan-Arabic platform from 2024”.

OSN lost some momentum after Disney+ withdrew its content and started as a standalone platform, However, it will retain exclusive rights to HBO Max and Paramount+ content.

Wi-Fi 6 and Wi-Fi 6E client devices are entering the home in an unprecedented way, surpassing 50% market share since their introduction in 2019 (compared to four years for Wi-Fi 5). … END_OF_DOCUMENT_TOKEN_TO_BE_REPLACED