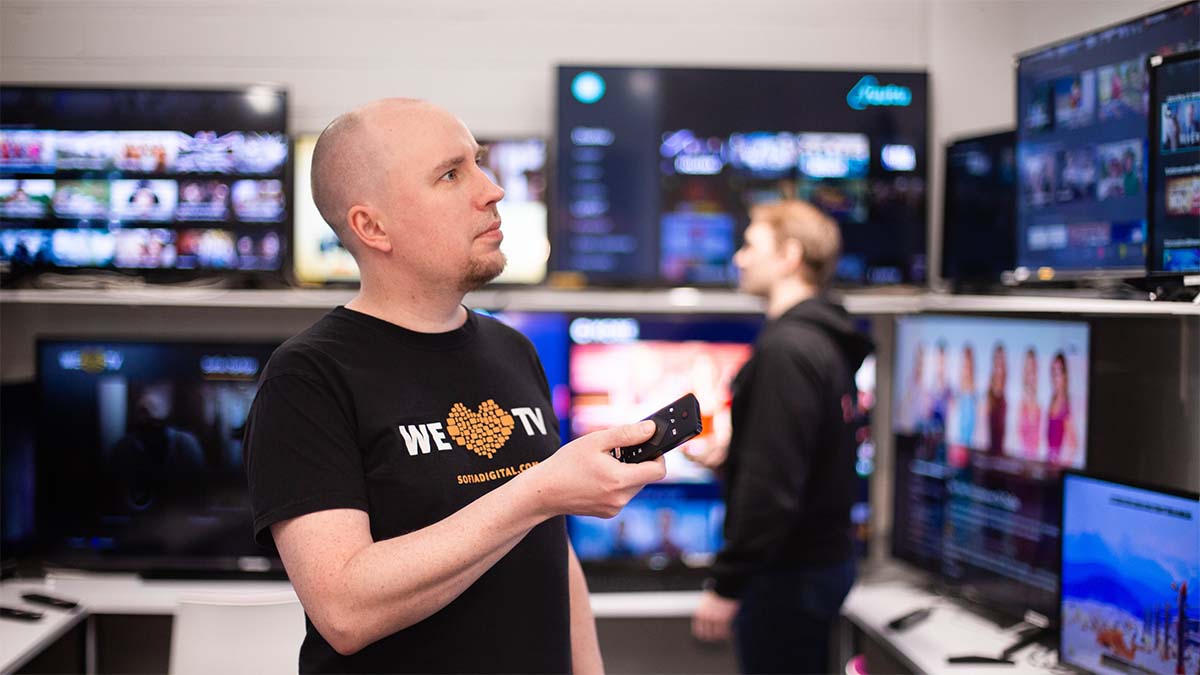 Sofia Digital is working with the DVB Project on the organisation’s latest standard, DVB-I, designing a central service list registry implementation to speed up the global adoption and applicability of the DVB-I standard itself.
The DVB-I standard aims to deliver any content to any device via any delivery method. In practice this means collecting terrestrial, cable, satellite, and internet delivery methods in one unified standard, using commonly agreed metadata, media encoding and data delivery standards.

It hopes to bring a common standard to internet delivery as is already the case with antenna-delivered terrestrial or satellite television.

Tampere-based Sofia Digital’s work is helping to expand the concept to include all available delivery methods under one metadata specification. For example, all the services available under the leading European satellite provider, Astra, are also available as internet-delivered form. DVB-I enables easy access of all these different delivery methods under one “TV service”. Any TV channel that is delivered via satellite, cable, and internet, can have its metadata combined under the DVB-I Service list concept.

A collection of service lists, dubbed the Central Service List Registry, combines all the available service lists in a single repository.

The DVB-I “skeleton” CSR service interface and implementation will be made freely and openly available for anyone interested to provide their own DVB-I Service Lists and any DVB-I receiver or client vendors who would like to validate or test their Service List Registry and Service discovery implementation.

DVB-I and CSR implementation will be demonstrated by DVB at IBC Show in Amsterdam (3-6 December) and DVB World event in (March 2022).

Wi-Fi 6 and Wi-Fi 6E client devices are entering the home in an unprecedented way, surpassing 50% market share since their introduction in 2019 (compared to four years for Wi-Fi 5). … END_OF_DOCUMENT_TOKEN_TO_BE_REPLACED