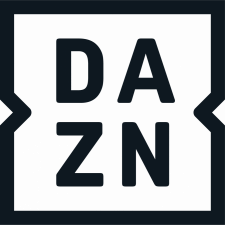 Sky Q households in Germany will be able to directly sign up for DAZN and add the sports service to their Sky subscription from summer 2021.

Sky Deutschland customers subscribing to DAZN through the German pay-TV operator will also be able to access the two linear DAZN channels which have previously only been available on the Vodafone cable network, a Sky spokesman confirmed to Broadband TV News.

In Germany, DAZN has the rights to the Bundesliga and UEFA Champions League. The DAZN app has been part of the Sky Q platform since November 2018.

“Thanks to the extended cooperation with DAZN, our customers will continue to only need one remote control to watch the best football in one place,” explains Charly Classen, Executive Vice President Sport, Sky Deutschland.

The two linear DAZN TV channels, DAZN1 and DAZN2, bring a ‘best of’ selection of DAZN live sports into fans’ living rooms. Notably, DAZN1 and DAZN2 are available on all Sky receivers, including Sky Q, Sky+ and the Sky Q Mini Box. They can be accessed by all customers who subscribe to the DAZN package through Sky. The channels will particularly appeal to those who do not have the Sky Q set-top box or who have limited speed internet access.

“With the integration of the DAZN app and the two linear DAZN channels on Sky, we are once again staying true to our goal of giving every fan access to their favourite sports on DAZN – anytime, anywhere,” said Thomas de Buhr, Executive Vice President DACH at DAZN.

Wi-Fi 6 and Wi-Fi 6E client devices are entering the home in an unprecedented way, surpassing 50% market share since their introduction in 2019 (compared to four years for Wi-Fi 5). … END_OF_DOCUMENT_TOKEN_TO_BE_REPLACED