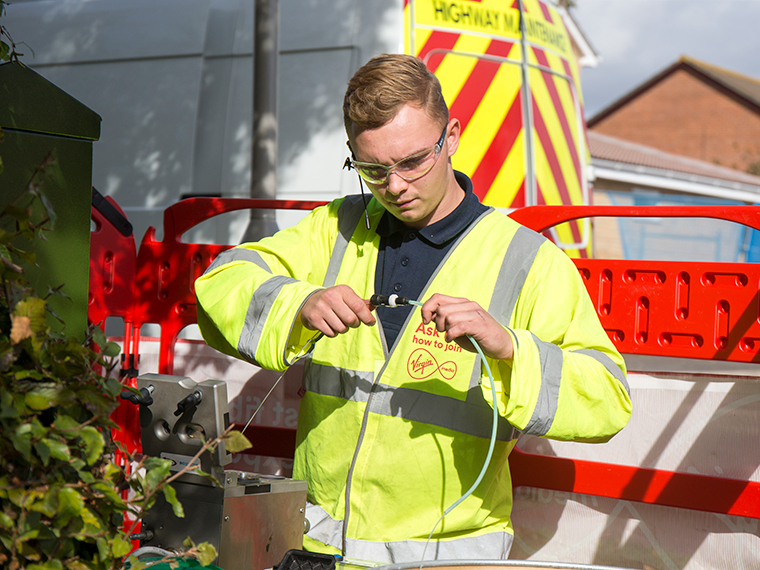 Virgin Media has demonstrated broadband speeds of 2.2 Gbps in what the cable provider is describing as a “real-world trial”.

The DOCSIS 3.1 trial to homes in Thatcham, Berkshire was run at speeds 34 times faster than those normally experience by UK households.

Virgin, which faces competition from new entrants such as CityFibre, has already rolled-out its Gig1 broadband speeds (1,140Mbps) to seven areas across the UK.

“We invest more than £1 billion into our network every year and this innovative trial demonstrates how Virgin Media’s existing future-proof cable network can deliver lightning-fast, multi-gigabit broadband speeds,” said Jeanie York, Virgin Media’s Chief Technology and Information Officer.”With this next-generation connectivity, our customers can experience the best from their broadband – whether that’s 8K gaming, instant streaming, high quality video calls or uploading files in a flash – all in the same home at the same time.”

By the end of 2021, Virgin is expecting more than 15 million premises on its network to have access to gigabit speeds.

Wi-Fi 6 and Wi-Fi 6E client devices are entering the home in an unprecedented way, surpassing 50% market share since their introduction in 2019 (compared to four years for Wi-Fi 5). … END_OF_DOCUMENT_TOKEN_TO_BE_REPLACED