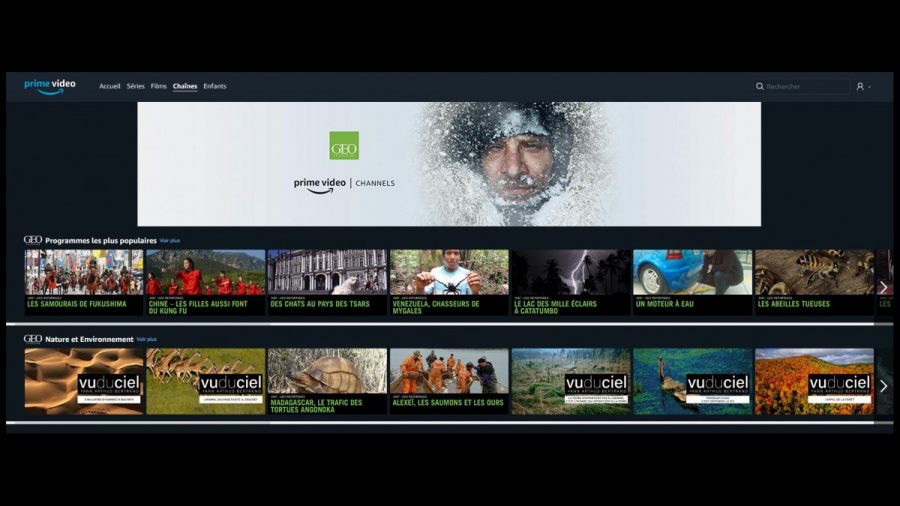 GEO Télévision France is available as a video-on-demand (VOD) service on OTT platform Amazon Prime Video Channels, which launched in France on October 15, 2019. The line-up features documentaries on travel, adventure, expeditions and nature as well as reports focusing on our planet, its landscapes, people and cultures.

Amazon Prime members in France can subscribe to GEO Télévision at a monthly price of €3.99; the offer can be tested free of charge for 30 days.

The service can be accessed in France through the Amazon Prime video app via smart TVs, iOS and Android mobile devices such as tablets and smartphones, Amazon Fire TV, Fire TV stick or directly via the Internet at www.primevideo.com/geotelevision.

In German-speaking countries in Europe, GEO Television launched in 2014 as a pay-TV channel and now reaches more than two million subscribers in Germany and Switzerland. GEO Television also provides a VOD offer on RTL’s OTT platform TVNOW and on Amazon Prime Video Channels. The linear pay-TV channel is available to customers of Vodafone Deutschland, MagentaTV and Teleclub.

Wi-Fi 6 and Wi-Fi 6E client devices are entering the home in an unprecedented way, surpassing 50% market share since their introduction in 2019 (compared to four years for Wi-Fi 5). … END_OF_DOCUMENT_TOKEN_TO_BE_REPLACED