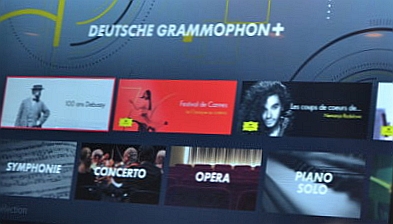 The line-up comprises music videos, concerts, documentaries, interviews and portraits which users can access on demand. Initially, around 400 programmes are offered with the selection to be constantly expanded. A linear channel is not provided. As a special feature, the new Dolby Atmos sound system is used for some titles.

All Canal+ subscribers can receive Deutsche Grammophon+ – first unveiled in December 2017 – at no additional charge. The exception are customers of the Essentiel package who can sign up for the service for €3.00 per month.

Deutsche Grammophon+ can be accessed using the latest version of the set-top-box distributed by Canal+. The channel is also is also available on streaming platform myCanal.

Wi-Fi 6 and Wi-Fi 6E client devices are entering the home in an unprecedented way, surpassing 50% market share since their introduction in 2019 (compared to four years for Wi-Fi 5). … END_OF_DOCUMENT_TOKEN_TO_BE_REPLACED