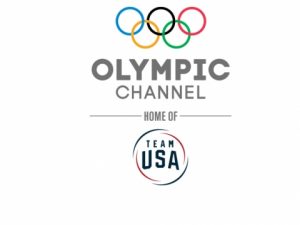 NBCUniversal is launching a new cable channel in the US in partnership with the IOC and USOC, The Olympic Channel: Home of Team USA.

This expanded partnership will play out in two phases. Beginning this weekend, Olympic sports programming on NBC, NBCSN and Universal HD will now be branded as presentations of the Olympic Channel: Home of Team USA.

In phase two, the new channel will launch during the second half of 2017, featuring live event coverage from NBCUniversal’s portfolio of summer and winter Olympic sports rights. The channel will also include Olympic-themed original content produced by all three parties, such as original programmes produced by the global version of the Olympic Channel, which is based in Madrid, Spain; footage and films from the IOC’s archive; original Team USA programming contributed by the USOC; and of NBC Sports Group’s library of Olympic features and documentaries.

“As the US home of the Olympic Games through 2032, and coming off the momentum of the incredibly successful Rio Olympics, we believe the time is right to enhance how we connect with fans of Olympic sports and athletes on a year-round basis. Providing this “content continuity” is an important part of our strategy to ensure the Olympics thrive for years to come. Though the flame is extinguished at the end of each Games, the stories and journeys of the athletes continue, and no one is better at telling those stories and capturing those journeys than the talented people of the NBC Sports Group,” the broadcaster said in a statement.

Wi-Fi 6 and Wi-Fi 6E client devices are entering the home in an unprecedented way, surpassing 50% market share since their introduction in 2019 (compared to four years for Wi-Fi 5). … END_OF_DOCUMENT_TOKEN_TO_BE_REPLACED