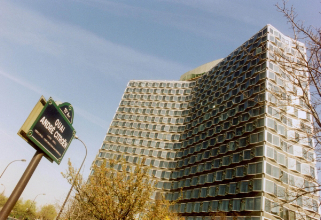 The Conseil supérieur de l’audiovisuel is holding the hearings today, December 3 and Friday, December 4. The CSA also invited stake holders to submit written opinions before December 11, and might be holding a third day of hearings on December 10.

The hearings follow the publication of three reports that indicate the consequences in the market when the three channels will end encryption on the country’s DTT platform, which is called TNT in France.

The broadcasters are seeking to end encryption as the low-pay model does not work for digital terrestrial distribution. However, other FTA broadcasters are afraid that an increase in the number of freely available channels might impact their revenue.

An earlier request to go FTA from the broadcasters was denied by the CSA, but the French Council of State annulled this ruling. As a result, the channels were able to resubmit a new request to CSA.

Wi-Fi 6 and Wi-Fi 6E client devices are entering the home in an unprecedented way, surpassing 50% market share since their introduction in 2019 (compared to four years for Wi-Fi 5). … END_OF_DOCUMENT_TOKEN_TO_BE_REPLACED