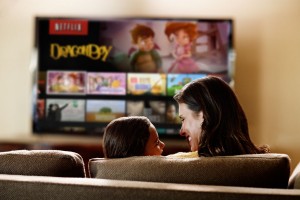 Netflix has recently denied it is cracking down on VPN usage of its services, despite repeated calls from content owners to stop illegal access to the SVOD service.

Viewers are using VPNs as a way to bypass geo-restrictions and access content not available within their own country. According to unofficial figures Netflix is by far the most popular SVOD portal in Iceland despite the fact that it is not officially available in the country.

Recent research, just published by the Global Web Index, show that 29% of VPN users are accessing Netflix, which adds up to tens of millions of people using the service.

Netflix is particularly popular in English-speaking countries such as Australia and South Africa, where the service is not yet available. People in those countries actually buy a valid subscription, but are officially not entitled to access Netflix from their home country.

But the research also shows that VPN usage in countries where Netflix is officially available is also rampant – simply because the US version offers more and different content than in those countries.

No wonder, Netflix CEO Reed Hastings has called for a new way to acquire streaming content rights – worldwide rather than territory-by-territory. Just recently, rumours surfaced that Netflix would crack down on VPN usage, but the company was quick to deny these reports.

Wi-Fi 6 and Wi-Fi 6E client devices are entering the home in an unprecedented way, surpassing 50% market share since their introduction in 2019 (compared to four years for Wi-Fi 5). … END_OF_DOCUMENT_TOKEN_TO_BE_REPLACED