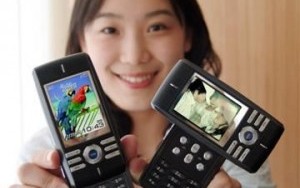 Despite continued growth of online video viewing on connected CE devices and excitement from new platforms like Google’s Chromecast and new consoles from Microsoft and Sony, annual increases in mobile online viewing (tablets and smartphones) are higher than any other category.

Worldwide mobile views already constitute over 20% of the total (in 2013) and this share will continue to grow – more than doubling during the five year forecast window. Pay TV services will continue to serve as the primary video entertainment solution for many consumers, but overall time spent watching online video is expected to pass 21 hours per month by 2019, up from 12.7 hours in 2013 (worldwide average among online video viewers).

Computers, however, will remain relevant as many expect these devices to continue serving as the primary viewing device during the workday hours – while tablets secure the most views in the evening. Connected CE tends to see more traffic in the early evening when families often share viewing time; this viewing replaces traditional linear or PVR TV viewing.

Practice director, Sam Rosen commented, “Along with time of day, video content also plays a critical role in the type of devices consumers use to watch online video. Short form video, for instance, is quickly becoming the domain of mobile devices. For connected CE it’s less about failing to compete with mobile, than it is a reflection of consumers’ lifestyles and how it dictates which devices are used and when.”

Senior analyst Michael Inouye added, “Mobile viewing also creates additional touch-points which can greatly increase the number of content plays per household – be it multiple household members each watching on mobile screens or multitasking while sitting in front of the TV. In addition, as pay TV services continue to extend the reach of multiscreen services we expect more content, like live sporting events, to play an increasing role on mobile devices.”

Wi-Fi 6 and Wi-Fi 6E client devices are entering the home in an unprecedented way, surpassing 50% market share since their introduction in 2019 (compared to four years for Wi-Fi 5). … END_OF_DOCUMENT_TOKEN_TO_BE_REPLACED