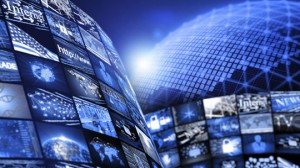 Digital terrestrial television has the lowest Total Cost of Ownership per household, while Web-TV and IPTV have the highest supplier value, according to Arthur D. Little in its new report.

“One of the key developments in the German market is the move toward paid HD access,” said Lars Riegel, manager at Arthur D. Little’s TIME and Strategy & Organization practices. “This will have a significant impact on the competitiveness of infrastructure operators.”

The RTL and ProSiebenSat.1 broadcasting groups are already focusing on paid HD access, and Astra has taken the first step in this direction with HD+.

In addition, current policy discussions might have an important impact on DTT. Web-TV is currently being subsidized by telecom network operators, which cover approximately 41 percent of Web-TV’s Total Cost of Ownership. Telecom network operators are pushing to get a revenue share from this business which in turn, raises questions of net neutrality. “Web-TV should not be considered as a viable distribution channel for TV content as business models currently do not enable fair reimbursement for the use of network infrastructures,” adds Mr. Riegel.

DTT has the lowest TCO per household (EUR20) and is 1.6 to 8.3 times more cost efficient than competing platforms. Given current political discussions, it is worth noting that the hypothetical cost of migration of all DTT households to alternative platforms would be significant – resulting in one-off costs of EUR 984 million and periodic annual costs of EUR 423 million, a majority of which would be paid by the consumer.

“The German TV market is well developed, intensely competitive and set to become even more dynamic as a result of technology, market and regulatory trends. Global players and investors should look to Germany to find parallels in their own markets,” concluded Riegel.

The English language report can be downloaded for free from the Arthur D. Little website.

Wi-Fi 6 and Wi-Fi 6E client devices are entering the home in an unprecedented way, surpassing 50% market share since their introduction in 2019 (compared to four years for Wi-Fi 5). … END_OF_DOCUMENT_TOKEN_TO_BE_REPLACED