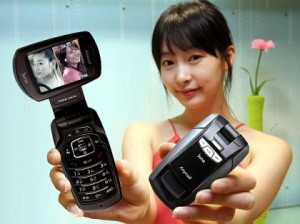 More countries have started commercial mobile broadcast TV services in 2009 or laid the basics for market offers in 2010, according to the bmcoforum.

In China, CMMB services started in 280 cities; a new DMB 2.0 service was taken into service in Korea; ISDB-T (1seg) was launched in Brazil and other South American countries; the widened FLO TV device spectrum and ATSC-M/H progress in the US and DVB-H services in five African countries; new DVB-H licences in the UAE, Poland and Moscow; and the DVB-SH hybrid satellite/terrestrial live network in Paris are some of the examples.

The updated bmcoforum report Mobile Broadcast Business Models – Progress of Country-specific Implementations describes the recent regulatory framework and implementation status as of the beginning of 2010 in countries with existing mobile TV service offers. Some details on the business models, the offered content, the network coverage and the marketing approaches are given.

Altogether, 36 countries are included in the report, with new chapters on China, the Czech Republic, Ghana, Indonesia, Iraq, Kenya, Korea, Namibia, Nigeria, the Philippines, Qatar, Russia, Saudi Arabia, Singapore, Taiwan and 5 South-American countries. The status of all other countries has been updated.

On the basis of this report, the bmcoforum says it can be concluded that the main bottle necks for mobile broadcast TV are lacks of viable business models, low device variety, slow licensing processes. Despite these limiting factors, the number of mobile broadcast TV users considerably increased around the world in 2009, with high dynamics in Asia and other continents to follow.

For a copy of the complete report from the bmcoforum, click here to download. (See under caption Latest Deliverables)

Wi-Fi 6 and Wi-Fi 6E client devices are entering the home in an unprecedented way, surpassing 50% market share since their introduction in 2019 (compared to four years for Wi-Fi 5). … END_OF_DOCUMENT_TOKEN_TO_BE_REPLACED