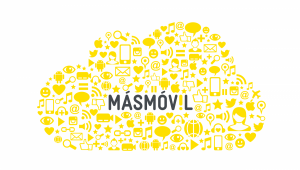 Spain’s Orange and MásMóvil are closing in on obtaining €6.5 billion in credit to finance their proposed merger.

Quoting sources considered essential for the future creation of the joint venture, El Economista reports that an agreement with a dozen banks could be reached as soon as next week. However, matters are being made complicated by the geopolitical situation, rising interest rates and poor prospects for the global and business situation.

The milestones have already been reached in the proposed merger. The first, reached on March 8, saw the companies enter into exclusive negotiations to merge their companies in Spain into a 50/50 joint venture. The second was the completion of due diligence almost three weeks ago.

As previously reported by Broadband TV News, the joint venture will be valued at €19.6 billion, with Orange Spain and MásMóvil worth €8.1 billion and €11.6 billion respectively.

Wi-Fi 6 and Wi-Fi 6E client devices are entering the home in an unprecedented way, surpassing 50% market share since their introduction in 2019 (compared to four years for Wi-Fi 5). … END_OF_DOCUMENT_TOKEN_TO_BE_REPLACED