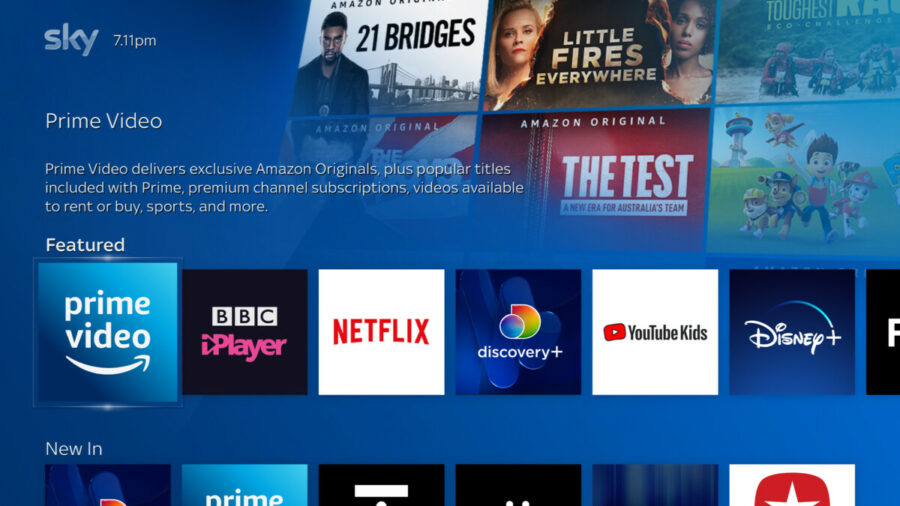 Amazon Prime Video will today (Monday) go live on Sky in the UK, Ireland, Germany, Austria and Italy. At the same time NOW TV and Sky Ticket will be added to selected Amazon Fire TV devices.

The addition of Prime Video will cement Sky’s place as a super aggregator, joining Netflix, Disney+ and BBC iPlayer. It means that viewers with a Sky Sports, BT Sports and Amazon will have access to the full range of televised Premier League matches.

Prime Video is available in the apps section, customers can also say ‘Launch Prime Video’ into the voice remote, and then pair their Sky Q box with an existing Amazon account. More integration with the Sky Q voice and search is due in 2021.

“Sky Q customers are receiving an early Christmas present on their boxes this year in the form of Amazon Prime Video,” said Stephen van Rooyen, EVP & CEO UK & Europe, Sky. “I’m delighted that this deal will give even more people access to our brilliant NOW TV and Sky Ticket apps through Amazon Fire TV devices and Fire TV Edition.”

Wi-Fi 6 and Wi-Fi 6E client devices are entering the home in an unprecedented way, surpassing 50% market share since their introduction in 2019 (compared to four years for Wi-Fi 5). … END_OF_DOCUMENT_TOKEN_TO_BE_REPLACED