German cable operator association FRK has called for open access to be imposed as one of the concessions for regulatory approval of the rumoured acquisition of Liberty Global’s German cable subsidiary Unitymedia by Vodafone.

The move would allow competing network operators to use the nationwide cable network emerging from the merger between the cable assets of Vodafone Deutschland (formerly Kabel Deutschland) and Unitymedia. 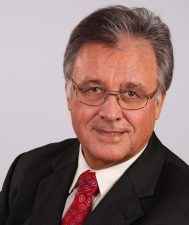 With their broadband infrastructure that can be upgraded quickly and with a manageable amount of investment into Gigabit networks in the coming years, the companies hold one of the most important keys for the development of Germany into a Gigabit society in their hands, said FRK Chairman Heinz-Peter Labonte (pictured). “We therefore expect the competition and regulatory authorities to thoroughly examine the planned takeover and to strengthen competition.”

Other interesting and important issues are the further increase in market power against TV broadcasters and the question of carriage fees, said Labonte.

In general, FRK would welcome the takeover of Unitymedia by Vodafone as a “step towards market transparency and integrity”. “What was sold individually, is growing back together,” said Labonte with reference to the nationwide cable network formerly owned by Deutsche Bundespost having been split into several units before being sold to commercial investors.

Wi-Fi 6 and Wi-Fi 6E client devices are entering the home in an unprecedented way, surpassing 50% market share since their introduction in 2019 (compared to four years for Wi-Fi 5). … END_OF_DOCUMENT_TOKEN_TO_BE_REPLACED