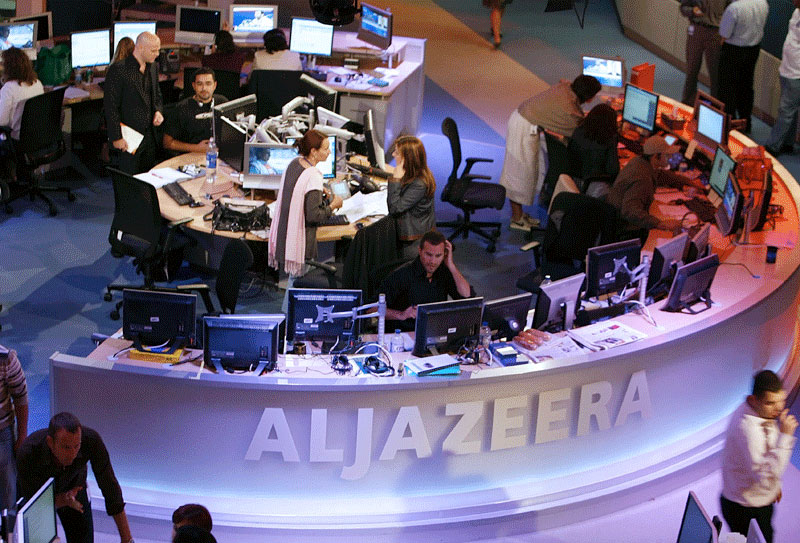 Al Jazeera has threatened legal action after the Israeli communications minister said the government intended to close the news channel’s Jerusalem bureau and shut down its cable and satellite transmissions.

In a press conference on Sunday Ayoub Kara accused the network of unprofessional journalism and inciting violence during coverage of tension around the al-Aqsa Mosque.

“Al Jazeera stresses that it will watch closely the developments that may result from the Israeli decision, and will take the necessary legal measures towards it,” the broadcaster said in a statement. “The network also reiterates that it will continue covering news and events in the occupied Palestinian territories in a professional and objective manner in accordance with the common journalistic standards set by the relevant international organizations, such as the British Broadcasting Code of Ofcom.”

Always controversial, Al Jazeera is now facing a tide of criticism that has also seen the channel barred in Saudi Arabia, UAE, Bahrain, Egypt, and Jordan.

No date has been given as to when the measures will be introduced.

Wi-Fi 6 and Wi-Fi 6E client devices are entering the home in an unprecedented way, surpassing 50% market share since their introduction in 2019 (compared to four years for Wi-Fi 5). … END_OF_DOCUMENT_TOKEN_TO_BE_REPLACED