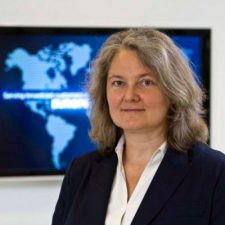 The first customer has now been announced: Breko Einkaufsgemeinschaft, the commercial platform of German broadband industry association Bundesverband Breitbandkommunikation, has selected content4tv as its preferred partner. The association can offer its members a TV rights portfolio this way enabling them to set up their own TV services.

content4tv has signed contracts or reached a commercial agreement with the majority of TV broadcasters, according to the company. The target group are solely B2B customers, a B2C product is not planned.

In addition to linear television, the rights that can be obtained from content4tv also cover streaming within the customer’s Wi-Fi home network and non-linear features such as PVR, catch-up TV and restart TV. Initially, the cable and IPTV redistribution rights are provided, OTT is to follow as the next step.

Wi-Fi 6 and Wi-Fi 6E client devices are entering the home in an unprecedented way, surpassing 50% market share since their introduction in 2019 (compared to four years for Wi-Fi 5). … END_OF_DOCUMENT_TOKEN_TO_BE_REPLACED