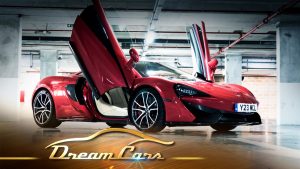 On February 28, 2017, the pay-TV channel will launch on Knippr. The OTT service operated by T-Mobile Netherlands allows customers to stream channels and on-demand content to their TV screens, computers and mobile devices. The service also offers features such as start-over, pause and 7-day catch-up TV and is compatible with Chromecast and Apple TV 4. Motorvision TV is part of Knippr’s select package Extra Zenders.

Thanks to a new distribution agreement with Finland’s cable and IPTV operator DNA Oyi, Motorvision TV can now be seen by over 600,000 households in the Nordics for the first time. The channel is available to DNA customers subscribing to the DNA Sports Package or picking Motorvision TV as part of their MIX package. The channel can also be seen on DNA’s extensive partner network.

In Cyprus, Motorvision TV welcomes MTN as its latest distribution partner besides Primetel, Cablenet and Cyta. MTN Cyprus is one of the largest telecommunications providers in the country and part of the MTN Group which serves more than 231 million customers in 22 countries across Europe, Africa and Asia.

Slovenian car and motoring enthusiasts can now watch Motorvision TV on Telekom Austria Group’s si.mobil. It began its operations in 1999 as Slovenia’s first private mobile operator and is currently the second largest telecommunications operator in the country. It offers Motorvision TV as part of its Adrenalin package. Established distribution partners KRS (CATV Selnica) and Telekom Slovenij continue to carry the channel.

Motorvision TV also sealed a new distribution agreement with AVcom in Serbia. The cable operator and internet service provider was founded in Belgrade in 2002 and has since risen to become one of the leading internet operators in the country. Additionally, Motorvision TV has been part of Telekom Serbja’s pay-TV offering for more than a year.

In Thailand, Motorvision TV and Truevisions agreed to extend their distribution partnership which brings the channel to around 400,000 subscribers of Truevisions’ Platinum HD and Gold HD packages. Motorvision TV also renewed and expanded its output deal with African Business Channel. The channel can now bring a further 100 hours from Motorvision TV’s library of car, motoring, and motorsports content to its viewers.

With the newly agreed contracts, Motorvision TV can now be watched on traditional pay-TV platforms by more than 10 million subscribers in 40 countries around the world. As the next steps, the channel wants to enter the Spanish and Latin American markets and has started dubbing a growing number of production in Spanish language.

The distribution deal with si.mobil and DNA was negotiated by US Media (James Wells), Munich, while the partnership with AVcom was introduced by US Media (James Wells) and Slavica Danilovic. The deals with MTN Cyprus, Legend by Suburban and Discovery Digital were negotiated by 3 VisionDistribution, UK. The deal with Truevisions has been established with Multi Channels Asia MCA (Greg Creevey), Singapore.

Wi-Fi 6 and Wi-Fi 6E client devices are entering the home in an unprecedented way, surpassing 50% market share since their introduction in 2019 (compared to four years for Wi-Fi 5). … END_OF_DOCUMENT_TOKEN_TO_BE_REPLACED