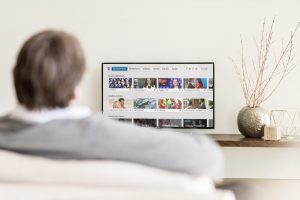 The total number of cable TV households declined by 3.2% to 2.43 million, according to cable operator association Suissedigital.

Telco Swisscom, in return, won 145,000 new customers for its IPTV platform Swisscom TV in 2016 which competes with cable television. Swisscom TV’s total customer base rose by 10.9% to 1.48 million. With a market share of 32% (2015: 29%), Swisscom TV is the most popular digital TV offer in Switzerland, according to Swisscom.

Wi-Fi 6 and Wi-Fi 6E client devices are entering the home in an unprecedented way, surpassing 50% market share since their introduction in 2019 (compared to four years for Wi-Fi 5). … END_OF_DOCUMENT_TOKEN_TO_BE_REPLACED