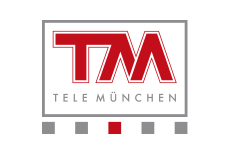 The move follows the takeover offer Tele München made to all shareholders of Odeon Film on December 14, 2016 which ended on January 11, 2017. Tele München previously held 43.30% of the company’s shares.

The business figures of Odeon Film will be fully consolidated with those of Tele München with effect from January 1, 2017.

“The business of Odeon Film has been developing very positively for the last six years when we first acquired shares,” Dr Herbert G. Kloiber, founder of Tele München Group, said in Munich. “We look forward to working together with the board and the employees of Odeon Film on a sustainable strategic alignment and to driving the company’s success further forward.”

Odeon Film is one of the largest independent production companies for TV and cinema in Germany. Until now, the company has produced and co-produced 79 TV series with around 2,665 episodes, 180 TV movies, 47 feature films, 20 documentaries and a wide range of shows and miniseries.

Wi-Fi 6 and Wi-Fi 6E client devices are entering the home in an unprecedented way, surpassing 50% market share since their introduction in 2019 (compared to four years for Wi-Fi 5). … END_OF_DOCUMENT_TOKEN_TO_BE_REPLACED