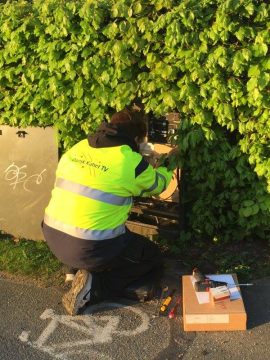 Police have been called in after much of the YouSee cable network went dark across New Year’s Eve.

CEO Pernille Erenbjerg described the outage as a “deliberate malicious act”. It left over a million Danish TV customers without service. Erenbjerg said an internal investigation had found the error occurred on equipment used to distribute the signals. She declined to give precise details of what had happened but suggested the action required a detailed knowledge of YouSee’s configuration and its TV platform.

On Wednesday YouSee director Jaap Postma said the breakdown could be traced back to both hardware and software.

What isn’t clear is whether the hack was the result of a hacking attack of physical sabotage.

In order to bring all of its customers back online, engineers had to manually attend 33 headends across the country.

Wi-Fi 6 and Wi-Fi 6E client devices are entering the home in an unprecedented way, surpassing 50% market share since their introduction in 2019 (compared to four years for Wi-Fi 5). … END_OF_DOCUMENT_TOKEN_TO_BE_REPLACED