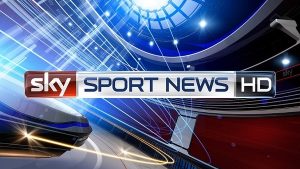 The encryption will be dropped on all distribution platforms in early December 2016 and a subscription will no longer be required, CEO Carsten Schmidt told German news agency dpa.

Through the subsequent increase in viewer reach Sky wants to make the channel more attractive for advertisers. “I’m convinced that we will achieve better capitalisation with the channel in free-TV than in pay-TV,” said Schmidt. Sky also hopes for a showcase effect: “We expect more awareness from people who are currently not subscribers.”

Sky Sport News HD will be Sky’s first free-to-air channel in Germany and Austria. There are no further ambitions in the FTA market, though. “This is not the beginning of a largescale free-TV offensive,” stressed Schmidt. “Pay-TV will remain our core business.”

Sky Sport News HD launched on December 1, 2011 and offers news from the world of sports 24 hours per day.

Wi-Fi 6 and Wi-Fi 6E client devices are entering the home in an unprecedented way, surpassing 50% market share since their introduction in 2019 (compared to four years for Wi-Fi 5). … END_OF_DOCUMENT_TOKEN_TO_BE_REPLACED