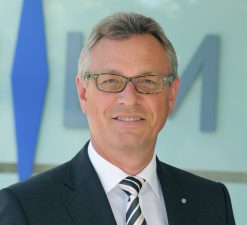 The number of digital cable households in Germany currently amounts to 77.1%.

This corresponds with an increase by 6.4% within a year, according to the latest figures published by the media authorities in their new yearbook. The 80% mark usually forming the threshold for an analogue to digital transition will probably be reached this year, expect the regulators.

DLM has assumed the role of coordinator during the transition period for the necessary exchange between TV broadcasters, cable operators and the housing industry.

In total, digital TV reception now accounts for more than 90% of the TV world: Around 34.3 million TV households in Germany use digital television on at least one device through one of the traditional reception platforms satellite, cable, DTT or IPTV, according the study results.

The media authorities and several industry associations have called for analogue switch-off on cable to take place by the end of 2018. Unitymedia will be the first German cable operator to terminate analogue TV carriage on its network on June 30, 2017.

Wi-Fi 6 and Wi-Fi 6E client devices are entering the home in an unprecedented way, surpassing 50% market share since their introduction in 2019 (compared to four years for Wi-Fi 5). … END_OF_DOCUMENT_TOKEN_TO_BE_REPLACED