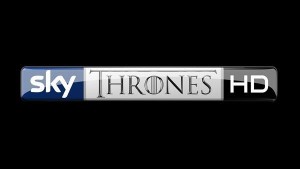 German pay-TV broadcaster Sky Deutschland will prepare its viewers for the fifth season of US series Game of Thrones with a dedicated TV channel: Sky Thrones HD will replace Sky Hits HD between April 10 and 26, 2015.

The channel will repeat all four previous Game of Thrones seasons. Also part of the schedule are five Sky shows as original productions and the first two episodes of the fifth season in the original English-language version on April 13 and 20, 2015 at 21.20 CET followed by the talk show Thronecast from Sky UK.

From April 12, 2015 all new episodes of the fifth season will be available on Sky Go in parallel to their US broadcast (at around 4.00 CET in the morning) each week in the original language version. From 8.00 CET they will also be accessible through Sky Anytime.

Sky Atlantic HD will show the dubbed German-language versions of the new season’s episodes from April 27, 2015 each Monday at 21.00 CET. They will also be available at Sky Go, Sky Online and Sky Anytime.

Wi-Fi 6 and Wi-Fi 6E client devices are entering the home in an unprecedented way, surpassing 50% market share since their introduction in 2019 (compared to four years for Wi-Fi 5). … END_OF_DOCUMENT_TOKEN_TO_BE_REPLACED