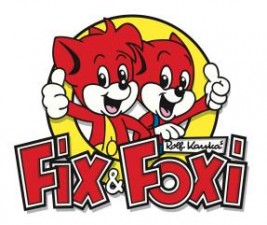 German media company Your Family Entertainment (YFE) will launch a TV channel based on comic characters Fix&Foxi on December 1, 2014.

The family channel will be available as a pay-TV offering via cable, IPTV, mobile TV and internet TV in Germany, Austria and Switzerland.

Five months ago, YFE acquired the worldwide rights of Germany’s most famous comic heroes from the widow of Rolf Kauka, the creator of German comic book series Fix&Foxi.

The TV channel will feature the two foxes as the presenters and provide a 24 hour service in 16:9 widescreen format offering cartoons and children’s series. Besides Fix&Foxi, other comic characters created by Rolf Kauka will be part of the line-up such as Lupo, Lupinchen, Grandma Eusebia, Uncle Fax, Professor Knox, Family Peppercorn and Makiki.

Third-party TV series like Miss Spider, Maggie and the Ferocious Beast, Seven Little Monsters and Cosmo and Wanda will also be part of the schedule.

Wi-Fi 6 and Wi-Fi 6E client devices are entering the home in an unprecedented way, surpassing 50% market share since their introduction in 2019 (compared to four years for Wi-Fi 5). … END_OF_DOCUMENT_TOKEN_TO_BE_REPLACED