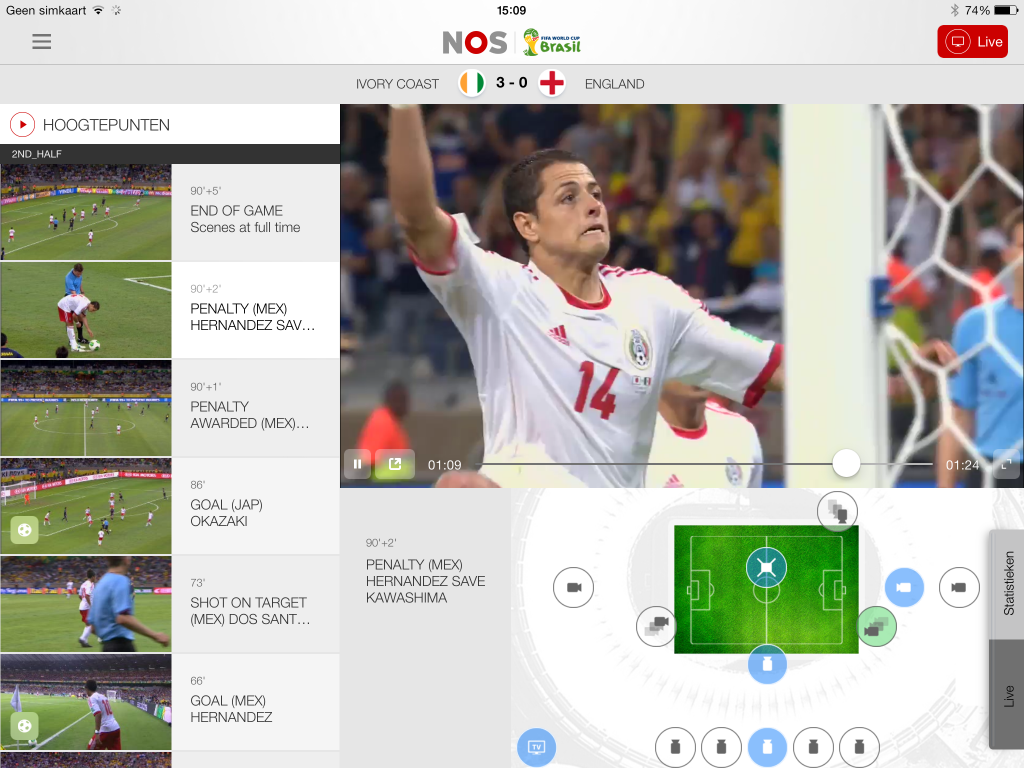 Dutch public broadcaster NOS us launching a number of services around this year’s FIFA World Cup in Brasil including apps, Google Glass and HbbTV.

In addition to showing all 64 games live, NOS is launching a special FIFA WK2014-app for content released by FIFA. The football association is delivering various building blocks for apps, including highlights from several camera angles, stats, player information and a schedule of the matches.

The HbbTV service will offer catch-up highlights as well as text information and backgrounder. With regards to Google Glass apps, the broadcaster remains tight-lipped about the actual services that will be launched.

On the NOS website, the broadcaster plans to offer two simultaneous streams, which can be accessed everywhere – but of course geo-blocked outside the country.

The broadcaster is also adding Google Chromecast functionality to its NOS Journaal (news) app, allowing people to watch the streams on their regular TV set.

Wi-Fi 6 and Wi-Fi 6E client devices are entering the home in an unprecedented way, surpassing 50% market share since their introduction in 2019 (compared to four years for Wi-Fi 5). … END_OF_DOCUMENT_TOKEN_TO_BE_REPLACED