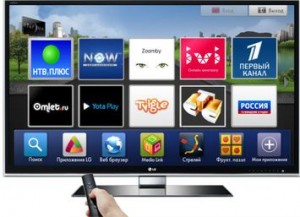 The number of TV channels available to viewers in Crimea will now increase following its takeover by Russia.

Quoting Alexei Volin, the deputy minister of communications of the Russian Federation, ITAR-TASS reports that this will be both on cable networks and via DTH, in the latter case through the arrival of such platforms as NTV-Plus and Tricolor TV.

He added that republican TV channels will be considered as regional and will also be able to be distributed via cable or DTH, as well as IPTV.

Meanwhile, during a visit to Crimea Nikolai Nikiforov, the head of the ministry of communications, said that that the number of TV channels available to its residents should increase.

Wi-Fi 6 and Wi-Fi 6E client devices are entering the home in an unprecedented way, surpassing 50% market share since their introduction in 2019 (compared to four years for Wi-Fi 5). … END_OF_DOCUMENT_TOKEN_TO_BE_REPLACED