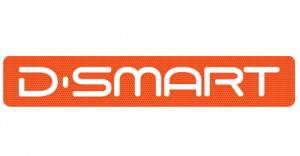 The Turkish pay-TV platform D-Smart saw a 19% growth in its take up in 2013, ending the year with over one million subscribers.

At the same time, according to owner Dogan Holding, its revenues increased by 32%.

Dogan also notes that its channel Kanal D was the most viewed daytime TV service in Turkey in 2013.

Although Dogan saw an 8% revenue and 23% increase in profit last year, its chairwoman Begümhan Dogan Faralyali warned of a difficult 2014.

“The challenging effects of 2014 will be felt by all developing countries, including Turkey. Furthermore, and specific to Turkey, our foreign exchange rate dropped considerably in early 2014, which added an additional burden to our economy — particularly in private sector debt. Looking ahead, fiscal discipline must be meticulously maintained and structural reforms must be accelerated. But despite these challenges, and in light of Turkey’s strong financial structure, dynamic private sector, rising employment opportunities and sound investment decisions, our country will be less affected by global imbalances and will maintain its economic stability.

“With consistent, profitable performance in our main fields of activity: media, energy and cultural-entertainment retail, Dogan Holding shall continue to create value for Turkey, as well as seize investment opportunities that we believe can bring additional value.”

Wi-Fi 6 and Wi-Fi 6E client devices are entering the home in an unprecedented way, surpassing 50% market share since their introduction in 2019 (compared to four years for Wi-Fi 5). … END_OF_DOCUMENT_TOKEN_TO_BE_REPLACED