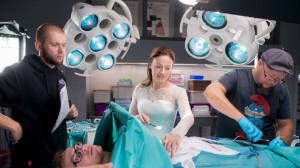 According to Wirtualne Media, it has also improved its offer through the addition of content from companies such as Sony Pictures, Kino Polska TV and Warner Bros.

Furthermore, it has introduced a new, paid-for section named Player Plus, available for a monthly subscription, and added a number of channels to its offer.

TVN Player competes directly with Cyfrowy Polsat’s ipla and the changes can be interpreted as a sign that its operator TVN is preparing for the arrival of Netflix in Poland.

The new Player may seek an agreement with the public broadcaster TVP, which is already carried by several VOD services in Poland.

Wi-Fi 6 and Wi-Fi 6E client devices are entering the home in an unprecedented way, surpassing 50% market share since their introduction in 2019 (compared to four years for Wi-Fi 5). … END_OF_DOCUMENT_TOKEN_TO_BE_REPLACED