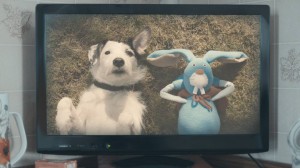 Despite the enthusiasm surrounding the tablet, the traditional TV set is still responsible for the vast majority of UK TV viewing.

According to Thinkbox, the marketing body for UK commercial TV, the average viewer watched just over 3 hours, 55 minutes of TV a day during 2013. 98.5% of this was on a traditional TV set, the remainder was on tablets, smart phones and lap-tops and accounted for 3 minures, 30 seconds a day per person.

The favourable weather during 2013 is given as the reason for the slight fall in linear viewing, however the overall trend is up with the average viewer watching 12 minutes more linear TV a day in 2013 than ten years ago.

Lindsey Clay, Thinkbox’s Chief Executive commented: “New screens are making TV even more convenient for viewers and creating new opportunities for advertisers. But, the more we learn, the clearer it becomes that the TV set will remain our favourite way to watch TV – especially as on-demand services become more available on the best screen.”

In total, viewing on non-TV set devices via Broadcaster VOD services – such as ITV Player, Sky Go, 4OD and BBC iPlayer, and DaveOD – accounted for 1.5% of overall TV viewing during 2013. This is a slight increase on the full year figure for 2012, when it accounted for 1.2%.

BARB’s figures suggest that the growth in the amount of TV that is recorded and played back is slowing down. Ofcom also stated this in its recent Communications Market Report 2013.

Once all households have the ability to digitally record TV programmes, Thinkbox expects the average level of recorded and playback TV viewing to settle at around 15-20% of total linear viewing, as it has in those households that do currently own DTRs. However on-demand TV will increase as a proportion of the time-shifted total.

Wi-Fi 6 and Wi-Fi 6E client devices are entering the home in an unprecedented way, surpassing 50% market share since their introduction in 2019 (compared to four years for Wi-Fi 5). … END_OF_DOCUMENT_TOKEN_TO_BE_REPLACED