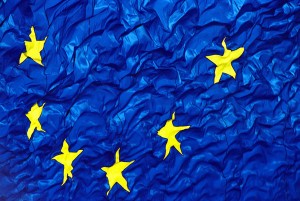 The European Commission has opened an antitrust investigation concerning the cross-border provision of pay TV services.

The launch of the investigation was announced by Joaquín Almunia, VP of the European Commission responsible for competition policy.

The proceedings involve BSkyB in the UK, Sky Italia in Italy, Canal+ in France, Sky Deutschland in Germany and DTS (operating under the Canal Plus brand) in Spain.

“More and more EU citizens, who watch films, use pay TV services broadcast by satellite and, increasingly, available through online streaming,” said Joaquín Almunia, Vice President of the European Commission responsible for Competition Policy. “The investigation will allow us to look at the restrictions in agreements between film studios and pay-TV broadcasters that grant “absolute territorial exclusivity” to these broadcasters. Such provisions ensure that the films licensed by the US studios are shown exclusively in the Member State where each broadcaster operates via satellite and the internet. They prevent access by subscribers who are located outside the licensed territory.”

Almunia said he was not calling into question the possibility to grant licences on a territorial basis or oblige studios to sell rights on a pan-European basis. Instead the investigation will focus on restrictions preventing the selling of the content in response to unsolicited requests from viewers located in other Member States – the so-called “passive sales” – or to existing subscribers who move or travel abroad.

In October 2011 the European Court of Justice ruled that national laws that prohibit the import, sale of use of overseas smart cards are contrary to the freedom to provide services. It followed a case brought against pub landlady Karen Murphy who had been screening foreign coverage of Premier League matches.

Wi-Fi 6 and Wi-Fi 6E client devices are entering the home in an unprecedented way, surpassing 50% market share since their introduction in 2019 (compared to four years for Wi-Fi 5). … END_OF_DOCUMENT_TOKEN_TO_BE_REPLACED