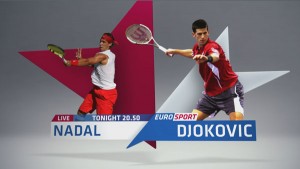 Eurosport has announced plans to broadcast the 2012 French Open live in the 3D format in the UK through Sky 3D.

The international sports channel will broadcast a live 3D feed from Centre Court at Roland Garros from Monday May 28 to June 10. It will be the third consecutive French Open tournament to be produced and available for fans in 3D.

Jean Thierry Augustin, Eurosport’s Managing Director of Rights Acquisition, Distribution & Development said: “Eurosport was the first broadcaster to present live tennis in 3D with the French Open in 2010 and this agreements with Sky will give the British public an opportunity to experience live Grand Slam tennis in 3D”

John Cassy, Director of Sky 3D, commented: “By working with channel partners and continuing to invest heavily in our own 3D sports coverage, we’re able to offer our customers a fantastic array of sport in 3D this summer, with football, rugby, cricket and tennis all available in immersive 3D over the next few months.”

UK rights to the French Open will be shared between Eurosport and for the first time ITV4, which has snatched the rights from the BBC in a three year deal.

The announcement comes ahead of a major weekend of live 3D sport on Sky 3D this weekend, including the UEFA Champions League Final between Chelsea and Bayern Munich and Rugby’s Heineken Cup Final between Ulster and Leinster. Additionally, the Soccer AM will be broadcast in 3D for the first time this Saturday.

Wi-Fi 6 and Wi-Fi 6E client devices are entering the home in an unprecedented way, surpassing 50% market share since their introduction in 2019 (compared to four years for Wi-Fi 5). … END_OF_DOCUMENT_TOKEN_TO_BE_REPLACED