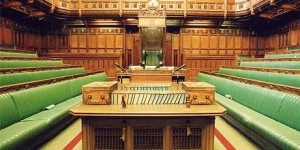 The governing Conservative and Liberal Democratic parties are to vote for a motion brought by the opposition Labour party that calls for News Corp to drop its bid while the investigations into alleged phone hacking at the News of the World continue.

Yesterday (Tuesday), it was announced that the Commons Culture, Media and Sport Committee had decided to call Rupert Murdoch, James Murdoch, and Rebekah Brooks to give evidence on developments in the phone hacking scandal.

As a British citizen only Brooks, the chief executive of News International, can be compelled to appear.

Separately, News Corp has announced plans for a  $5 billion (€3.59bn) share buyback following a significant reduction in its share price since the phone hacking scandal re-emerged.

Wi-Fi 6 and Wi-Fi 6E client devices are entering the home in an unprecedented way, surpassing 50% market share since their introduction in 2019 (compared to four years for Wi-Fi 5). … END_OF_DOCUMENT_TOKEN_TO_BE_REPLACED