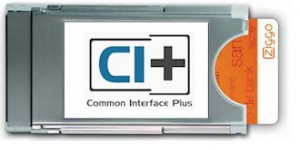 Enhanced capabilities to support cable VOD and improvements to PVR support are part of the new features introduced in Version 1.3 of the CI Plus specification, just released.

Also included are new capabilities with respect to changing service bouquets; improvements to ‘Parental Control’ management and new access to Host Ethernet for CI Plus Modules in Hybrid IP Configurations.

Under obligations set out in the CI Plus License Agreement, CI Plus LLP will put in place an 18 month “sunrise period” before CI Plus Implementers have to support the new specification. This means that CI Plus V1.3 will become mandatory for all new CI Plus Device Registrations from August 1, 2012 onwards.

“There is now every indication that CI Plus has now become the de facto standard for Integrated TV Sets in Europe with a trend towards increased adoption in other categories of Consumer Electronics Products such as STB, PVR, Blu-Ray Recorder, etc,” A CI Plus LLP spokesman told Broadband TV News.

In the two years following its launch more than 60 million CI Plus Device Certificates have been shipped.

The specification can be downloaded from the CI Plus website.

Wi-Fi 6 and Wi-Fi 6E client devices are entering the home in an unprecedented way, surpassing 50% market share since their introduction in 2019 (compared to four years for Wi-Fi 5). … END_OF_DOCUMENT_TOKEN_TO_BE_REPLACED