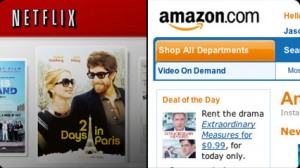 WATCH VIDEO. Google TV has announced its first content deals with a number of partners including Turner Broadcasting, NBC Universal and the NBA. There will also be premium paid content available from HBO, Netflix and Amazon. The company has in addition launched a dedicated Google TV website.

NBC Universal has collaborated with Google TV to bring CNBC Real-Time, an application that allows you to track your favourite stocks and access news feeds while enjoying the best financial news from CNBC directly on the TV screen.

HBO will bring access to hundreds of hours of programming to Google TV with HBO GO. Authenticated subscribers will soon be able to access all of their favorite HBO content on-demand in an enhanced website for Google TV.

NBA has built NBA Game Time, an application that lets you follow game scores in real-time and catch up on the latest highlights from all teams in HD.

In addition, Amazon Video On Demand offers access to over 75,000 titles for rental or purchase, and Netflix will offer the ability to instantly watch unlimited movies and TV shows, anytime, streaming directly to the TV.

Google also said a number of web sites have been optimised for Google TV including news sites such as The New York Times and USA Today; music sites including VEVO, Pandora and Napster; other sites include Twitter; and online network blip.tv. And of course there is YouTube Leanback.

Before the end of the year Google TV will become commercially available in the US with TV sets from Sony and a set-top box from Logitech. The roll-out to other territories is expected in 2011.

It is interesting to notice that the content arm of Time Warner, Turner Broadcasting, is quick to jump on the connected TV bandwagon, whilst the Google TV service could be a serious threat to the Time-Warner cable networks.

VOD is available from Netflix and Amazon, but none of the big Hollywood studios, including Time-Warner’s Warner Bros, has signed a deal with Google. Also notably absent are the big networks. NBC Universal only brings CNBC into the fold.

WATCH VIDEO for a sneak preview of some of these apps:

Wi-Fi 6 and Wi-Fi 6E client devices are entering the home in an unprecedented way, surpassing 50% market share since their introduction in 2019 (compared to four years for Wi-Fi 5). … END_OF_DOCUMENT_TOKEN_TO_BE_REPLACED