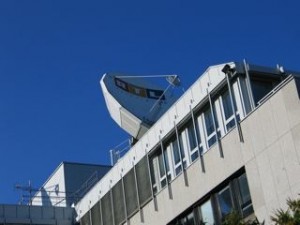 The RTL Group will use MPEG-4 as the transmission standard for its Stuttgart launch. In addition to the free-to-air channels, two low pay channels from the RTL Group, RTL Crime and RTL Passion, will be offered free-to-view for a period of twelve months. After this grace period, the broadcaster plans to charge a monthly €2.90 subscription fee.

The media authority for the German state of Baden-Württemberg, the Landesanstalt für Kommunikation Baden-Württemberg (LFK), has confirmed the launch of the channels RTL, Vox, Super RTL and RTL 2 on the DTT platform in the region of Stuttgart. The authority also said RTL will use MPEG-4 for its broadcasts in the region, which has a potential of 1.6 million households. Transmissions are due to start in the third quarter of the year.

At the same time, the RTL Group has extended its current DVB-T distribution contract with Media Broadcast for the other regions until 2014. There will be no changes in the current MPEG2 transmission standard.

Wi-Fi 6 and Wi-Fi 6E client devices are entering the home in an unprecedented way, surpassing 50% market share since their introduction in 2019 (compared to four years for Wi-Fi 5). … END_OF_DOCUMENT_TOKEN_TO_BE_REPLACED