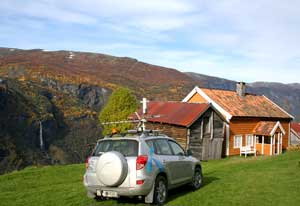 NTV, the operating company of the Norwegian DTT platform, has been forced to withdraw a letter inviting expressions of interest in an additional half multiplex that will become available after switchover.

The Norwegian Post and Telecommunications Authority sent NTV an eight-page letter asking the company to reconsider its proposals.

However, the telecommunications authority believes the half multiplex to be insufficient, and NTV could be forced to withdraw its offer to NTV. The situation is complex because NTV and Riks TV have common shareholders in NRK, TV2 and Telenor.

The closing date for the call was March 14, and although no offers had been received, this is typical for such a process.

Wi-Fi 6 and Wi-Fi 6E client devices are entering the home in an unprecedented way, surpassing 50% market share since their introduction in 2019 (compared to four years for Wi-Fi 5). … END_OF_DOCUMENT_TOKEN_TO_BE_REPLACED