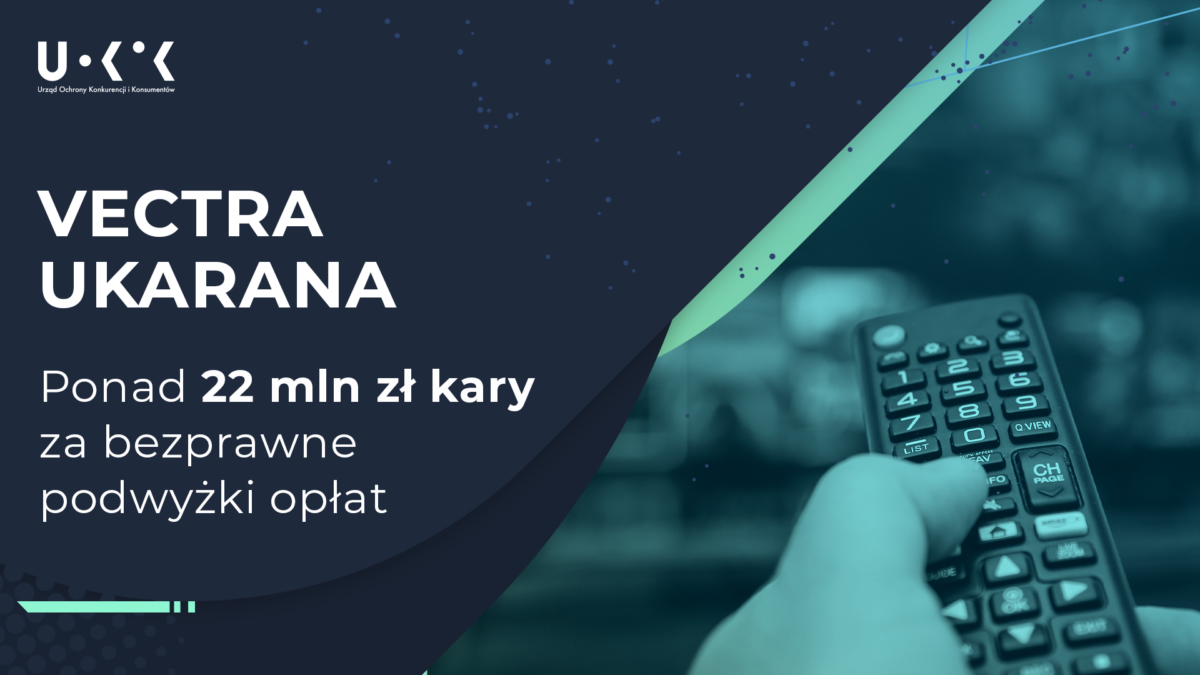 In a statement, UOKiK said its president has repeatedly pointed out that a change in the essential terms and conditions of an ongoing agreement concluded for an indefinite period may only take place if the agreement expressly provides for it. In this type of contract, each change should be made on the basis of a proper modification clause, which specifies what terms of the contract and under what circumstances may be changed.

Meanwhile, in the years 2019-2020, Vectra unilaterally, without the required legal basis, informed consumers about adding a modification clause to existing contracts that did not have it, changing the provisions of the general terms and conditions of the contract. Then, over the next years, based on this unlawfully introduced modification clause, it suggested to customers a unilateral increase by PLN5 per month in subscription fees for each of the telecom services – TV or internet access (PLN60 or PLN120 per year). At the same time, Vectra set them a deadline within which they can disagree with the changes and terminate the services provided. If they did not, Vectra charged unilaterally increased fees.

In November 2021, the president of UOKiK Tomasz Chrostny brought charges against the company. Now the regulator has issued a decision in which it decided that both the modification clause and the subsequent increases in subscription fees were not effectively introduced into the existing contracts, as it was done without a legal basis, which was misleading to consumers. Both these actions and the subsequent charging of increased subscription fees constitute a practice that violates the collective interests of consumers.

Vectra is now required to reimburse its customers the part of the subscription fees collected in an unauthorised manner for the period in which it charged them.

Wi-Fi 6 and Wi-Fi 6E client devices are entering the home in an unprecedented way, surpassing 50% market share since their introduction in 2019 (compared to four years for Wi-Fi 5). … END_OF_DOCUMENT_TOKEN_TO_BE_REPLACED