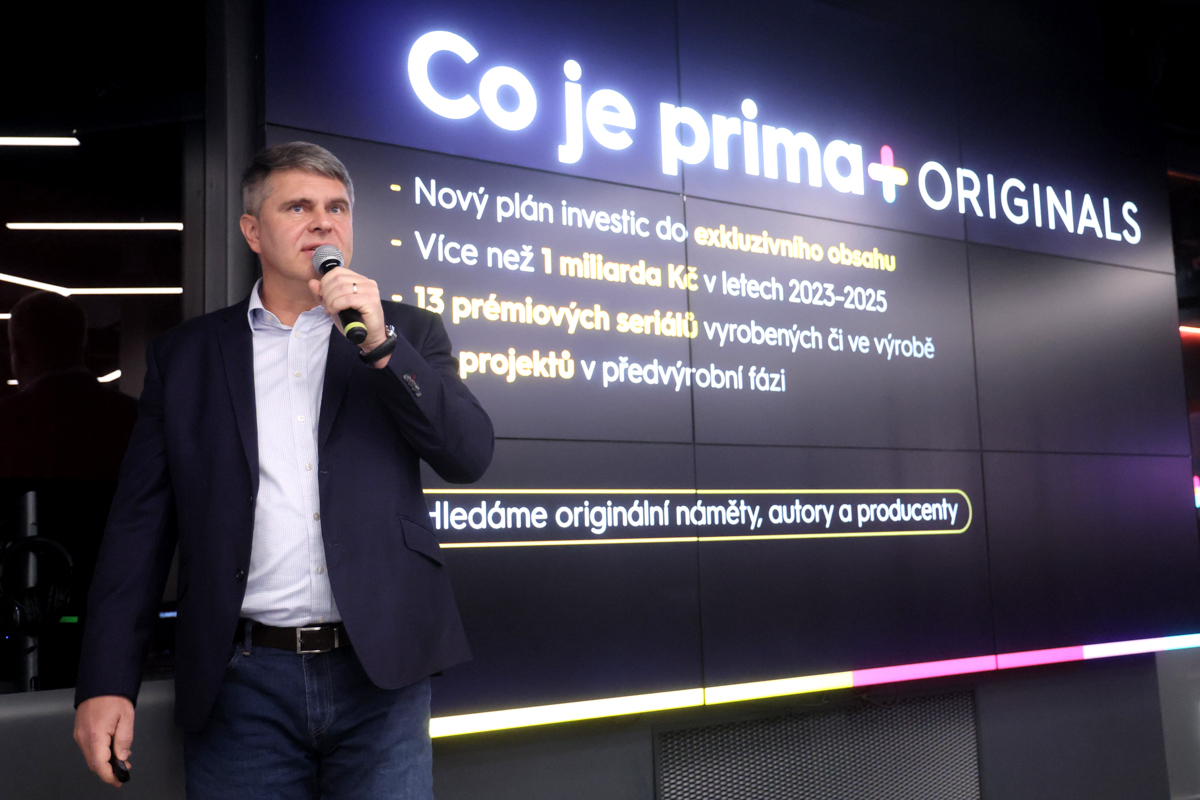 Aimed at the whole family, it will offer, in addition to TV pre-premieres, thousands of film and series titles and exclusive products under the prima+ ORIGINALS label.

Commenting on the new service, Prima Group CEO Mark Singer said: “It may seem that the Czech market for streaming services is already saturated, but this is not the case. People’s habits are changing, they no longer watch shows only on TV, but watch them on different devices and at a time that suits them. The global covid-19 pandemic has significantly strengthened this trend not only in the world, but also in our country. In the case of our shows alone, over the past six years, delayed viewership of prime-time series has increased more than fivefold. We also know from detailed surveys that people are willing to pay for multiple services at once. At the same time, we decided from the beginning to follow a different path than our commercial competition. We want our online programmes to continue to be available to a wide audience, that’s why we come with the option of choosing from three tariffs, and it’s up to each user which programs and at what time and quality and for how much they want to watch”.

Prima+ ORIGINALS will be premium formats filmed by leading Czech creators and the Prima group will invest significantly in their development between 2023 and 2025. They will be available exclusively to prima+ users for up to a year before being shown on TV.

Singer added: Currently, 13 premium series have been produced or are currently being produced for the prima+ platform, and we plan to implement another 28 projects in the near future. In the horizon of the next three years, we plan to invest in the order of more than CZK1 billion, this is our largest investment in serial production so far”.

Prima+ will be the only flexible video service on the Czech market. It will allow users to consume content based on a choice of three tariffs, each of which allows for up to five unique profiles. The basic FREE offer, which allows access to the Prima group’s video archive, will be free. Registered users will also be able to watch live broadcasts of all Prima Group’s Czech TV channels, all in SD quality and with advertising.

Meanwhile, the expanded LIGHT offer for CZK99 per month will also include pre-premieres of popular Prima programmes and series up to seven days before their TV broadcast, more than 2,000 Czech and foreign titles, as well as exclusive prima+ ORIGINALS content. It will all be in HD quality and with half the volume of advertising.

The PREMIUM tariff for CZK149 per month will include a complete offer in the best Full HD quality and completely without commercials. Each registered user will be able to create up to five personalised family profiles with recommended, tailored content. It will also be possible to register up to five devices in the home (smart TV or HbbTV, phone, computer or tablet), and to watch three prima+ streams at the same time.

Wi-Fi 6 and Wi-Fi 6E client devices are entering the home in an unprecedented way, surpassing 50% market share since their introduction in 2019 (compared to four years for Wi-Fi 5). … END_OF_DOCUMENT_TOKEN_TO_BE_REPLACED