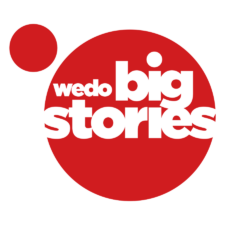 wedotv is responding to the strong growth in user numbers of its ad-supported offerings on smart TV and OTT platforms by launching further FAST Channels.

The FAST Channel wedo big docs, which was launched in September 2022 in cooperation with Big Media Holdings, will expand its non-fiction programming at the end of January 2023 and will be renamed wedo big stories. The company’s FAST Channels, which have so far been distributed mainly in Germany, Austria, Switzerland and the UK, will also launch in other countries in Europe and Africa as well as in the USA this year.

“We have continued broadening the programme line-up and the distribution of our wedotv AVOD service and our FAST Channels in Germany, Austria, Switzerland and the UK in 2022. The number of active users has more than doubled compared to the previous year. We are thus ideally positioned for expansion outside our core markets,” said Rotermund.

Sharp added: “The focus of our channels is on film genres such as drama, comedy and horror, as well as TV series and documentaries. We gained many new viewers in 2022 with the acquisition of lifestyle content and live sports rights for sports such as horse racing and sailing. We will look to secure more of those kinds of deals this year to launch attractive genre-specific channels both in our core markets and internationally.”

Wi-Fi 6 and Wi-Fi 6E client devices are entering the home in an unprecedented way, surpassing 50% market share since their introduction in 2019 (compared to four years for Wi-Fi 5). … END_OF_DOCUMENT_TOKEN_TO_BE_REPLACED