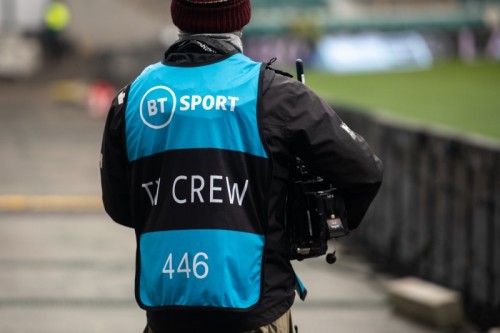 Staff at the sports channel were transferred to WBD, which also runs the Eurosport network in November, as part of the joint venture company established between BT Group and WBD last year. Although the roles are at risk, BT Sport employees will be given priority for new roles within the combined organisation.

John Ferrett, National Secretary of Prospect, said the Union was “deeply concerned” at the move.

“Hardworking staff who were transferred only last November in roles they were told were secure are now facing an uncertain future.

“We are fully engaging with Warner Bros Discovery to understand what has led to this about-face and why not one single job currently in BT Sport is due to remain under the organisation’s stated restructure.”

A spokesperson for Warner Bros. Discovery, told Broadband TV News: “A consultation with representatives of BT Sport employees is underway. This results from the expiry of BT Sport’s lease in Stratford and move to Warner Bros. Discovery’s (WBD) existing facilities, as well as a proposed reorganisation of the business. Finding operating efficiencies was envisioned by the BT and WBD JV and is critical to maintaining our competitiveness in a fast-evolving and competitive environment. BT Sport employees have priority for the new roles that have been identified within WBD’s sports organisation and broader business. Given the consultation is ongoing, it would not be appropriate to comment further at this time.”
The joint venture between BT Sport and Eurosport’s UK operations got underway in September. Initially, the two broadcasters will retain their separate identities, before being brought together under a single brand.

Wi-Fi 6 and Wi-Fi 6E client devices are entering the home in an unprecedented way, surpassing 50% market share since their introduction in 2019 (compared to four years for Wi-Fi 5). … END_OF_DOCUMENT_TOKEN_TO_BE_REPLACED