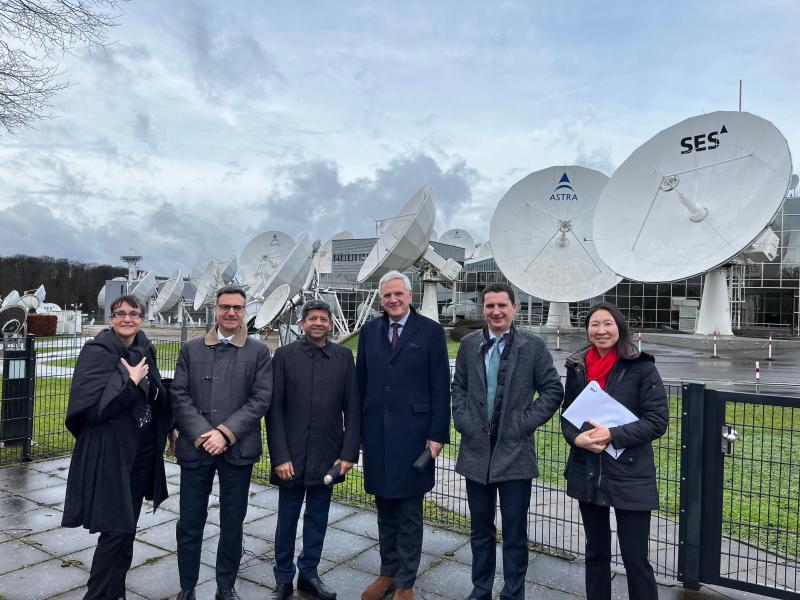 The European Investment Bank (EIB) has agreed to the financing of three new SES satellites serving Western Europe, Africa and the Middle East.

The seven-year €300 million loan is the largest amount ever provided by the EIB to a Luxembourg-based company. It will cover the design, procurement and launch of three previously announced satellites that will deliver advanced broadcast and broadband services spanning Western Europe, Africa and the Middle East.

EIB Vice-President Kris Peeters said the size of the loan demonstrated the importance of the space sector to the EIB and the European Union. “It is a big step in the successful launch of a new generation of satellites able to deliver advanced broadcast and broadband services for the benefit of both the private and public sectors in Western Europe and beyond.”

Thales Alenia Space will deliver the satellites that will provide video broadcasting as well as network services, delivering high-speed broadband and streaming services across Europe, in line with the EU Gigabit Society targets.

Added Sandeep Jalan, Chief Financial Officer of SES: “These next-generation satellites are also able to support the most ambitious plans for companies and governments across Europe and beyond, enabling them to enter the new era of networked connectivity services.”

The transaction follows the EU and EIB commitment to strengthen their support for European space companies. It is in line with the Gigabit Society targets of the European Commission that all households in Europe shall have access to at least 100 Mbps internet connectivity by 2025.

Wi-Fi 6 and Wi-Fi 6E client devices are entering the home in an unprecedented way, surpassing 50% market share since their introduction in 2019 (compared to four years for Wi-Fi 5). … END_OF_DOCUMENT_TOKEN_TO_BE_REPLACED