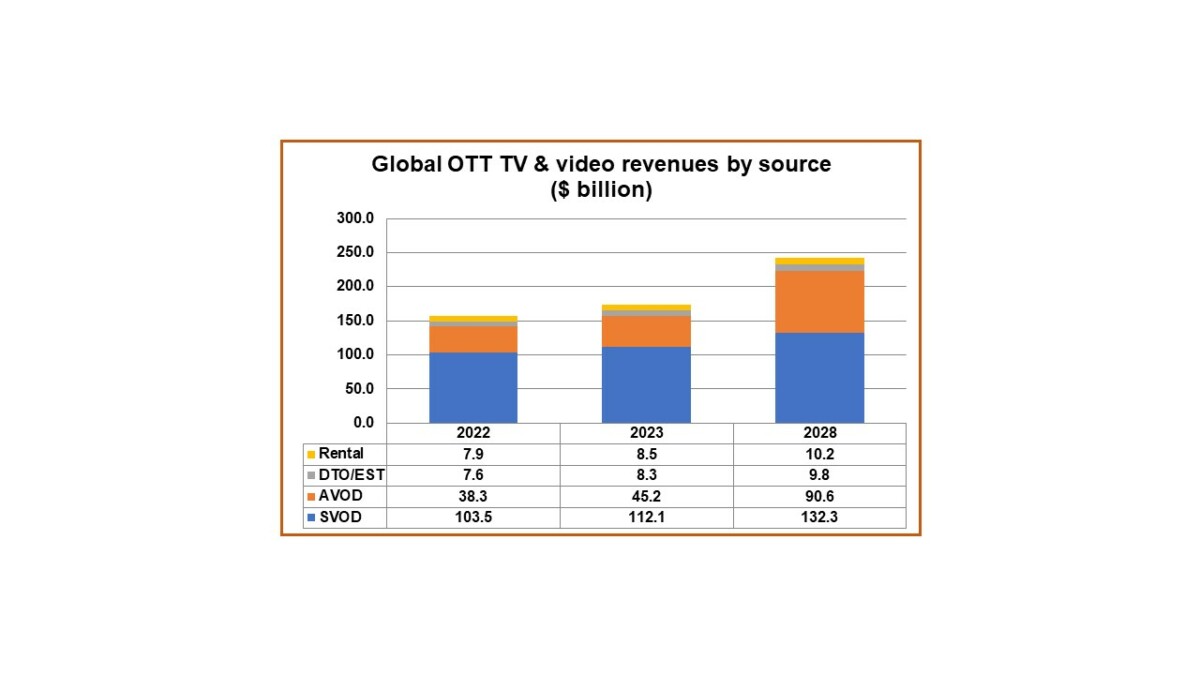 Global OTT TV episode and movies revenues are forecast to reach $243 billion in 2028, up by $86 billion on the total this year.

According to the latest report from Digital TV Research, around $17 billion will be added in 2023 alone.

Commenting on the findings of the report, Simon Murray, principal analyst at Digital TV Research, said: “AVOD revenues from TV series and movies will grow faster than SVOD. AVOD revenues will reach $91 billion by 2028, up by $52 billion from $38 billion in 2022. SVOD revenues will climb by $29 billion between 2022 and 2028 to $132 billion”.

Wi-Fi 6 and Wi-Fi 6E client devices are entering the home in an unprecedented way, surpassing 50% market share since their introduction in 2019 (compared to four years for Wi-Fi 5). … END_OF_DOCUMENT_TOKEN_TO_BE_REPLACED